SIP SRV records are created to generate information for different set of services that are commonly available on systems and are commonly associated with the SIP Configuration. SRV Records follow a unique system for generation of names. In simple words, it starts with an underscore that is further followed by service name, a period, again one underscore, and then protocol of the system, one more dot and finally name of the domain.

Let’s take a look at the break down of an SRV record, how to implement them with SIP and then touch briefly on NAPTR records.

What are the components that make up an SRV record?

How do DNS SRV Records work?

When your SIP device does a lookup by domain name, the DNS server provides a public SIP address to the device depending on your protocol preference, prioritized by the DNS entry.

If the SIP client supports both TLS and UDP and the SRV record prioritizes TLS followed by TCP and then UDP, you would receive the SIP servers TLS server IP or DNS name. If an IP is served, the client device will connect directly via the IP. If a DNS name is specified, the client equipment will then do a lookup on the DNS name given which could contain multiple IP’s for load balancing, or simply a single IP setup. As a SIP Server admin you may want to specify a DNS name instead of an IP even if not load balancing so that you can change the IP anytime without needing to give out new IP’s to non SRV supported clients. You should however always provide your new list of IP’s to clients in order for them to Whitelist on their Firewall’s and ID’s, etc.

There are two major operations that are performed during this operation for SIP users and SIP providers:

As a final note, you may be asking yourself “what about NAPTR records? NAPTR is an older method to lookup DNS records in order to find out what the DNS address is for a certain record. Although it was commonly used in VoIP to find the actual SRV record it’s more commonly used now to find setup details for email using “auto-discover”.

Although NAPTR lookup still exists in some VoIP devices it isn’t used by many providers anymore for 3 simple reasons.

In an upcoming post we will show you how to setup SRV records in Cloudflare and other DNS providers, so stay tuned. 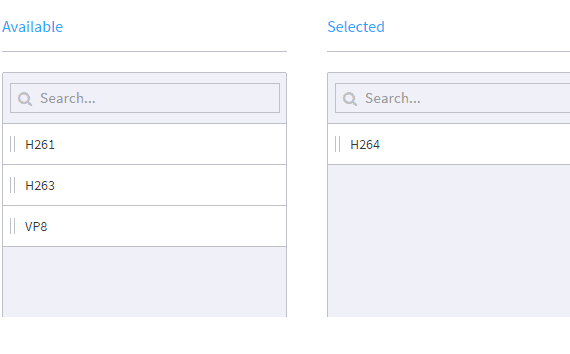 A Guide to VoIP Video Codecs